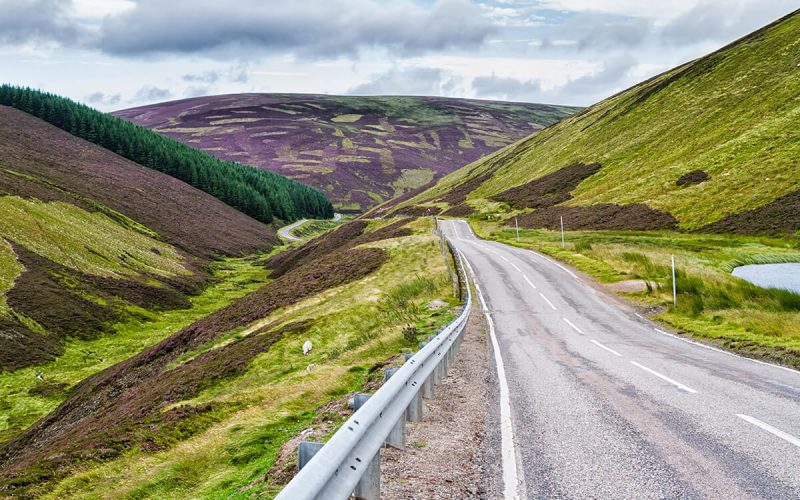 Mental health and wellbeing in the hospitality sector

We read too many reports on the high levels of stress and anxiety experienced by people working in the hospitality industry and there is now help and support available from a newly launched charity Hospitality Health. The charity set up by Gordon McIntyre, Association Dean for Hospitality & Tour...

For businesses in the region who specialise in sourcing and/or producing the best of local produce, the following information from Scotland Food & Drink on funding opportunities and award recognition will be of interest....

Overview In 2018 a research report was commissioned by Loch Lomond and The Trossachs National Park to better understand the priorities of campers visiting the Park, including their satisfaction levels, opportunities for improvements, and the economic impact of their activities. These insights ...

The Business Benefits Of Working With Expedia

A Culture Strategy for Scotland Consultation

Your Passport To Exporting

Preparing Your Business For Brexit

Innovate and Collaborate with Interface – the Knowledge Connection for Business

How to Promote Our Spectacular Must-Visit Destination To Tourists

The Benefits of the Short-Term Rental Sector to Scotland

Business Mentoring Scheme Brings members together in the best of ways

Grow Your Business with The John Muir Way

Top Tips for Growing and Developing your Tourism Business

Tourism Businesses Get More out of Data and Digital

Do you have ambitions for your business, but need expertise to progress?

Businesses Collaborate on Marine Tourism with view to 2020

GDPR: What You Need to Know

Move to Daily Sailings All Year Round at Loch Katrine

Can Your Business Benefit from The Collaborative Economy?

Guest Blog: The Business Mentor and You

Get China Ready for Visitors

Argyll and The Isles Tourism Hold Successful Mini-Summit in Helensburgh

Employing Staff: What Do I Need to Know?

The study has revealed that in some communities of Scotland, such as Argyll & Bute and the Highlands, tourism employment accounts for nearly double the national average of 9%.

Tourism has the biggest impact on employment in Argyll and Bute with17% of the population employed in the sector. Other areas that lead the way in tourism employment include Highlands (14%), South Ayrshire (13%) and Orkney (12%).

Between them, Edinburgh, Glasgow, the Highlands, Aberdeen City and Fife accounted for almost half of tourism employment in 2015 with 103,400 jobs. Overall there are 217,000 jobs relating to tourism in Scotland.

Are you thinking about making the first move into exporting? Are you confused as to where to start? Want to know wh… https://t.co/JEB0AXrv07

Catch up on all the latest news features. Everything from new the Hospitality Health charity, working with Expedia,… https://t.co/yqBl5k12vZ